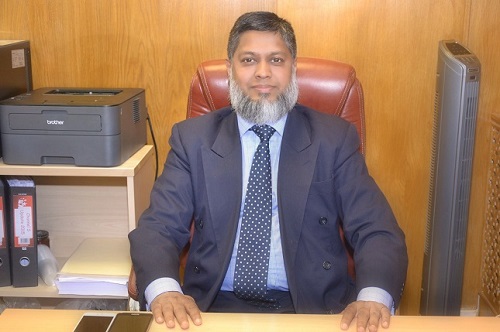 Nashit Rahman is our Head of Point-Based application. He is a distinguished Legal Consultant and renowned TV personality within the British Bangladeshi community in the UK and Europe. He graduated from the University of Dhaka with LL.B (Hons) in 1993 and LL. M (First Class) in 1994. He is an Advocate of the Supreme Court of Bangladesh. Mr. Rahman attended University Laboratory School and Dhaka College. Mr. Rahman is associated with Taj Solicitors since 2008. He started his legal practice in the UK in 2004. Mr. Rahman is a dedicated Lawyer and Human Right Activist. He is updated with all recent changes in immigration, asylum and human rights and also case laws in the UK and European jurisdiction.

Nashit Rahman is presenter and producer of the live interactive TV show “Law with N Rahman” in Channel S, SKY Channel 814. Mr Rahman regularly provides update and imminent changes of law to his viewers in “Law with N Rahman” programme. Mr Rahman anchored various TV Shows in different TV Channels since 2006. Nashit Rahman hosted Your Rights programme from end of 2006 to early 2009. Mr Rahman also produced and hosted NTV’s ‘Your Life in the UK’, ‘Study in the UK’ and ‘Our Life in the UK’ shows.

Apart from Legal profession and media activism Mr. Rahman is also involved with community and charity work. He provides valuable advice to many community and social originations in the UK as well as individuals on pro-bono basis.